Mmm chocolate... This morning class 8 played the chocolate game.First Miss Lavakula told us the introduction before we played.We had to get in a big circle and one person start rolling the dice if that person gets any number under 5 then they have to pass it on. If someone lands on a 6 they have to choose 6 different items to wear.When you are wearing 6 items you then have to try and cut one piece of chocolate with the forks and knife. Once you cut one piece of chocolate you have to sit back down. You are only allowed to eat one chocolate at a time.

Isaac was rushing when he rolled a 6. He was putting on heaps of clothes and he miscounted. There were not that many of us that got to eat the chocolate, it was only Montle and Dezarea. Aysha was laughing so hard that her jaws started to hurt. Some of the girls were embarrassed when dressing up and some were expecting to dress up. We had heaps of time to play the chocolate game but when we  rolled a 6, it was difficult to get to the chocolate.

The funniest part was when Martin went to put on the coconut cups he was trying to tie it up with some help from his friends.But then Tavake rolled a 6 then Martin had to sit back down. All the dress up items were all over the floor and  black feathers scattered around on the carpet too.There were a lot of us dressing in different times and they don’t even know that there was someone who rolled a 6. When some were dressing up they were really funny.

While the dice was coming around I saw some of us were who dressing up, frustrated trying to put on the jacket. When Dezeare rolled a 6 she kept miscounting the items on her. Once she grabbed the fork and knife she cut the chocolate and ate it,I was hungry!! The dice was coming around and it was my turn again.once I get a 6 I quickly stood up and rushed to grab the items in front of me.It was embarrassing for others to watch me dress up.I grabbed the knife and fork and almost cut the chocolate!but someone get a 6. Argh! I was disappointed when I didn’t get a piece of chocolate. 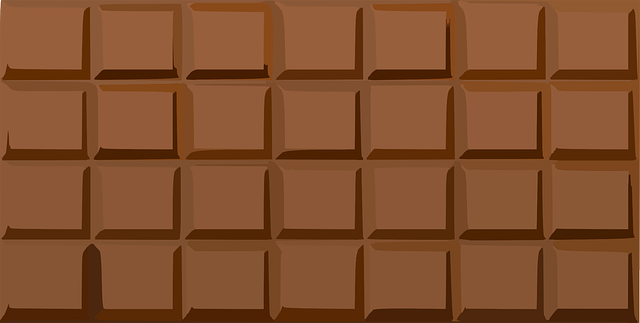 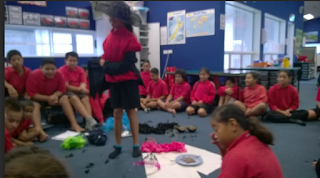